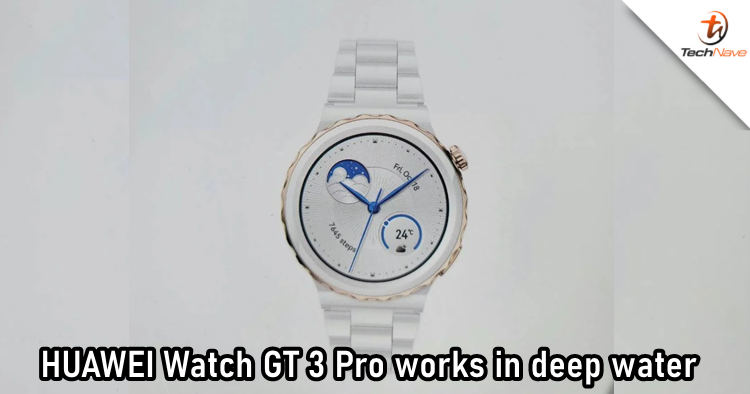 HUAWEI has announced the date for introducing the Pro version of Watch GT 3. Before that happens, the company has dropped some teasers confirming that the smartwatch will allow users to go down into water up to 30 meters in depth.

The HUAWEI Watch GT 3 Pro, launching on 28 April, will be IP68-rated for water resistance. It also has the EN13319 waterproof standard for diving accessories, allowing it to go deep in water. The company claimed that it has conducted around 200 tests to see whether it meets the water-resistance standards for divers. 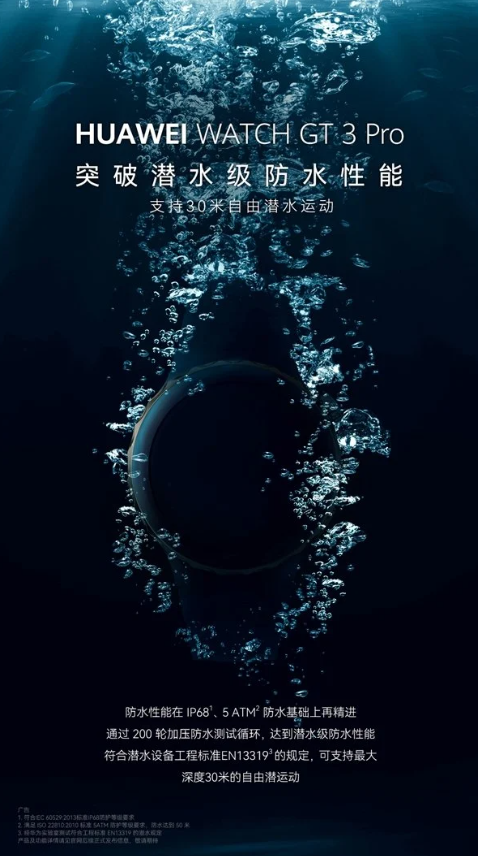 The smartwatch is expected to come pre-installed with HarmonyOS. It should also offer up to 14 days of battery life. Furthermore, there should be two variants as well, with one 42mm model featuring a ceramic build and a 46mm with a titanium alloy case. The 42mm model is likely to have at least one colour option, and it’s white. Rumours are suggesting that HUAWEI could also bring a Porsche Edition and ECG version.

What do you think about the upcoming HUAWEI Watch GT 3 Pro? Leave a comment to let us know your thoughts, and stay tuned to TechNave.com for more tech gadget news.