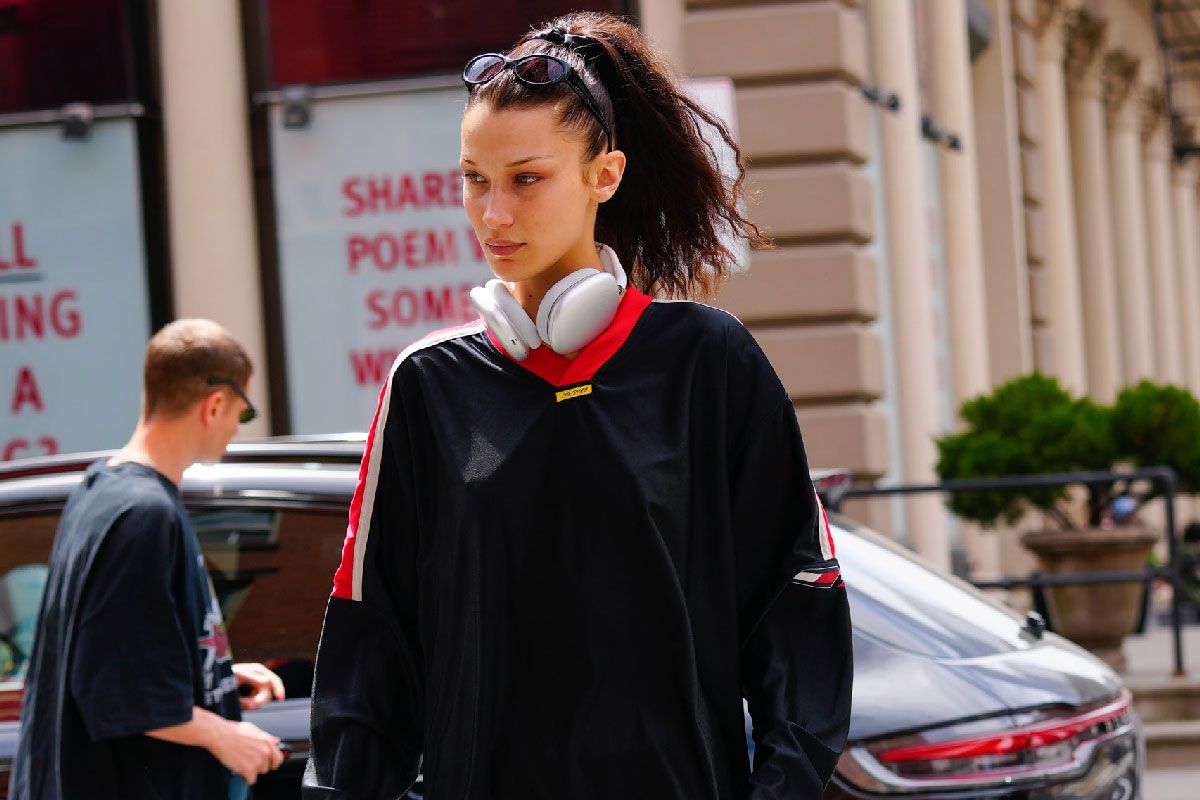 Somehow, Apple‘s AirPods have managed to go from a pair of headphones to the biggest fashion trend on TikTok.

First launched last year, the headphones are Apple’s first venture into an over-head style – and it’s an expensive one. Retailing at £549, they are more expensive than competitors including Beats by Dre, Bose, Marshall, etc. by a mile.

Personally, I’ve been loving the headphones. They have amazing sound cancellation, which has been a godsend on flights or in a co-working space, and they also have excellent sound.
@smithatrish New trend unlocked 🤪 if @jacimariesmith bought them I absolutely have to now #airpods #airpodsmax ♬ I think you dropped something my JAW – Mari

It wasn’t, however, until the headphones became TikTok’s latest fascination that I began appreciating them for their looks.

A quick search for “Apple AirPods Max” generates thousands of videos unboxing the gadget, styling the headphones, and reviewing each of the colorways. By some, they’ve even been dubbed the “hot girl headphones,” and have also become popular with celebs including Bella Hadid, who is TikTok’s style guru and all-around fave.

One may wonder how on earth Apple managed to create a fashion trend, but when it comes to TikTok, a lot of the time there are no real answers, just a complex algorithm, and users that are quick to spend.

Arriving in plenty of colorways including Apple’s classic “Space Grey” and “Silver,” as well as more colorful options that include “Forest Green,” “Pink,” and “Skye Blue,” the headphones are the perfect accessory to elevate any outfit, according to the social media platform.
@tinyjewishgirlOBSESSED! But boy do they cancel out noise hahahah i had no idea what u sounded like when they were on

Finishing off a look with a pair of AirPods Max has become the Gen Z equivalent of a designer bag, and in the comments on plenty of videos featuring the headphones, plenty of users are commenting that “they’re convinced,” “buying now,” and so on.

Perhaps the internet’s obsession with the AirPods Max is the start of oversized headphones coming back, and we can leave wireless earbuds in the past. Or perhaps, it is foreshadowing that tech accessories will be more in-demand than apparel in the near future?

One thing is for sure, and that is that Apple will without a doubt use this moment to sell even more headphones, and continue to make bizarre amounts of money from a trend they never even intended to start.